Here at Sew4Home we are all about the fabric. It’s our number one source of inspiration, and one of our favorite designers of this inspiration is Paula Prass. We’ve used pieces from both of her original collections: Flights of Fancy and Summer Soiree. But went totally hog-wild when we received fabric cuts from her latest group: Woodland Delight. Paula took a few minutes out of her busy schedule to chat with us, and you, about home décor sewing, fabric design, interior design, and a quilt that made her cry.

Here at Sew4Home we are all about the fabric. It’s our number one source of inspiration, and one of our favorite designers of this inspiration is Paula Prass. We’ve used pieces from both of her original collections: Flights of Fancy and Summer Soiree. But went totally hog-wild when we received fabric cuts from her latest group: Woodland Delight. Paula took a few minutes out of her busy schedule to chat with us, and you, about home décor sewing, fabric design, interior design, and a quilt that made her cry.

S4H: Do you have any encouraging words for people who want to sew but think they can’t because, ‘it looks difficult, I’m not creative, I can’t draw a straight line, I don’t want it to look unprofessional’ ?

PP: We’ve come a long way, baby! Way back in the ‘olden-days’, I had to go to the library or take a class, then try to find fabrics and supplies in the small town I was living in at the time. Now, with a computer in almost every home, e-stores and free tutorials with step by-step images, it is so easy to pick and choose some simple projects.

S4H: What was your first project? Was it a horror or a hero?

PP: Wow, I think I started sewing out of necessity. I was pregnant with my first and wanted the nursery to be special. I made the simplest curtains and a wall hanging out of fabric scraps, and although my nesting urges were satisfied, I actually impressed myself enough to want to learn more.

S4H: What would you suggest as a first home décor project for someone brand new to sewing?

PP: Pillows are without a doubt a great first project for the home. Just think of how many places in your home could use a pillow or two. S4H: What tools are home décor ‘must haves’? And, are there specific things you look for when you’re shopping for tools?

PP: A needle and thread do come in handy when sewing, but don’t think you have to have lots of ‘tools’ to complete a successful project. I barely had a working sewing machine when I started out, and did quite a bit of hand sewing and piecing, which turned out to be quite rewarding and a lifelong love. There is great satisfaction in using little to make much. With that said, after years of using a sewing machine that could barely climb over three layers of fabric, I purchased a truly good model, and I couldn’t be happier. It’s like investing in a long-term relationship.

S4H: When you sew, what is your favorite thing to make? And… because we’re a home décor website, what do you sew for YOUR home?

PP: I like to try a bit of everything: love quilts, wall art, slipcovers, pillows. S4H: I’ve always loved Glamour’s ‘fashion don’ts’ and the ‘What not to wear’ TV show… are there any ‘home décor don’ts’?

PP: Clutter IS too much of a good thing and flips the switch from visual stimulation to visual overload. S4H: Talk to us a little bit about how you see the sustainability movement as it relates to home décor… you know, ‘re-make/re-use’, ‘go green’…. aren’t we just creating more stuff?

PP: A few months ago I visited a dear friend who wanted me to see the new addition to their master bedroom. The ‘new’ quilt on their bed was a beautifully preserved family heirloom, and she could point out specific fabrics as clothing worn by past relatives. We stood and admired that quilt, our eyes welling-up with tears. What used to be so normal is now a novel idea.

S4H: I think there are a lot of people who avoid sewing in general and home décor in particular because they’re afraid it involves a lot of math… people are intimidated by those retractable tape measurers. But you gotta get over that in order to do things like window treatments or slip covers. How do you talk them off the ledge? Can you promise there won’t be any story problems… especially any involving two trains leaving the station!?

PP: “Scarlet, I don’t know nothin’ ‘bout no trains.” I do HATE MATH! NO, DON’T JUMP! However, I made it through life as a successful interior designer because I know how to use a computer and a calculator. I actually make fewer mistakes because I’m not overly confident. Again, there is a tutorial, book or website for every sewing question. Math is not, I repeat, IS NOT any reason to jump off the ledge. Otherwise, I would have been a flattened pancake a very long time ago.

S4H: Can you REALLY save money making your own home dec items? What is your favorite comparison of off-the-shelf versus made-it-myself? Have you ever made something yourself then found a similar item in a store for a ton more?

PP: Absolutely. But for me personally, it’s more about creating. On one hand, I spent years sweating every time I got the estimates back from my sewing workroom. Then, off-the-shelf often times was a compromise. You can definitely save money by making it yourself, but don’t that forget personal satisfaction is priceless! S4H: Where did you get your interest in sewing and fabric design?

PP: I began hand-stitching, making curtains, pillows, quilts and reupholstering for my home, then sewed clothing for my daughter and I very early on. Designing fabrics was presented to me many years later and seemed a natural step.

S4H: What is your background? Did you study design?

PP: My background is interior design. As a single mom, I was unable to go to college. I took a few classes, but am mostly self-taught. I worked my way up through the ranks until I was able to open my own design studio. I worked very hard to obtain my credentials as an Allied Member of ASID (American Society of Interior Designers) and won numerous coveted awards. In no way am I boasting or wanting to give the impression this is the preferred route. Instead, I mention it to encourage other women to pursue their dreams, even if the odds are against them.

S4H: What and/or who inspires your fabric designs?

PP: Color lights me up. Vibrant flowers, fruit, birds, sunsets on water. Aahhhh. Who inspires me? For years Tricia Guild has never disappointed me. Someone please tell her I said so.

S4H: How do you take a design from idea to finished product? Do you design using sketch book and/or computer? What software programs do you use? Is there speciality software involved in creating fabric patterns or repeats?

PP: I sketch and use color pencils or watercolor to get my general ideas down, then use a Wacom tablet to redraw directly onto the computer. I also use Photoshop and Illustrator, especially for the purpose of creating repeats, rearranging patterns, changing sizes and playing with color combos.

S4H: You have a lot to manage (interior designer, artist, manufacturer of home décor, textile designer), yet you still sew. How do you find the time? We ask because it’s one of the reasons people cite for not learning to sew.

PP: I’m just like everyone else trying to juggle it all, and I certainly don’t succeed 100% of the time. Start on a small, manageable project, like that new throw pillow you can admire (and hug). That first success will be the encouragement to try something else. Remember, one completed project is way better than five unfinished ones.

S4H: One of our early mantras at S4H was ‘it’s the fabric, it’s the fabric.’ So often fabric choices are the difference between love it and hate it. Do you have any advice on how to choose and combine fabrics?

PP: Well, I’d have to say I love pattern almost as much as color. I personally like mixing classic patterns with a floral or larger print; the one balances the other. But if you are unsure, take some fabrics and fold them onto each other, add some trim or buttons and step back. You just might be surprised and delighted by the unexpected possibilities. S4H: Do you have favorite websites, blogs or magazines?

PP: Lately, I just can’t visit all the sites I used to frequent, and honestly, some of my favorite magazines are no longer being printed. So I’m clearly a multi-faceted nut, looking for a quick visual fix. For design inspiration, I still hit my longtime addictions: Decor8, Design*Sponge and Print & Pattern. There are more, but I narrowed it down, as I have in real life. Then, already strapped for time and still needing a bit of fabric, art and clothing pattern inspiration, I hit Sew4Home and Quilting Arts. The visuals along with the down-to-earth tutorials have me good-to-go before my second cup of coffee.

S4H: Anything new in the works… can we get a hint?

PP: Seriously, I’m not big on secrets. I’m working on some home décor products, but at this writing, we are still in the development stage on the 2011 collection. Because of more downsizing and unexpected family illness, I had to put my home décor and clothing on the back burner. I hope you’ll be patient with me. Believe me, I want these done as much as you do, and I will be shouting it from the rooftops when they are ready!

Below are links to our current Paula Prass projects. Be on the lookout for two new Woodland Delight projects in the weeks ahead: a nine-pocket door caddy for small items, like lingerie and jewelry; and a matching door-handle laundry bag for your delicates. 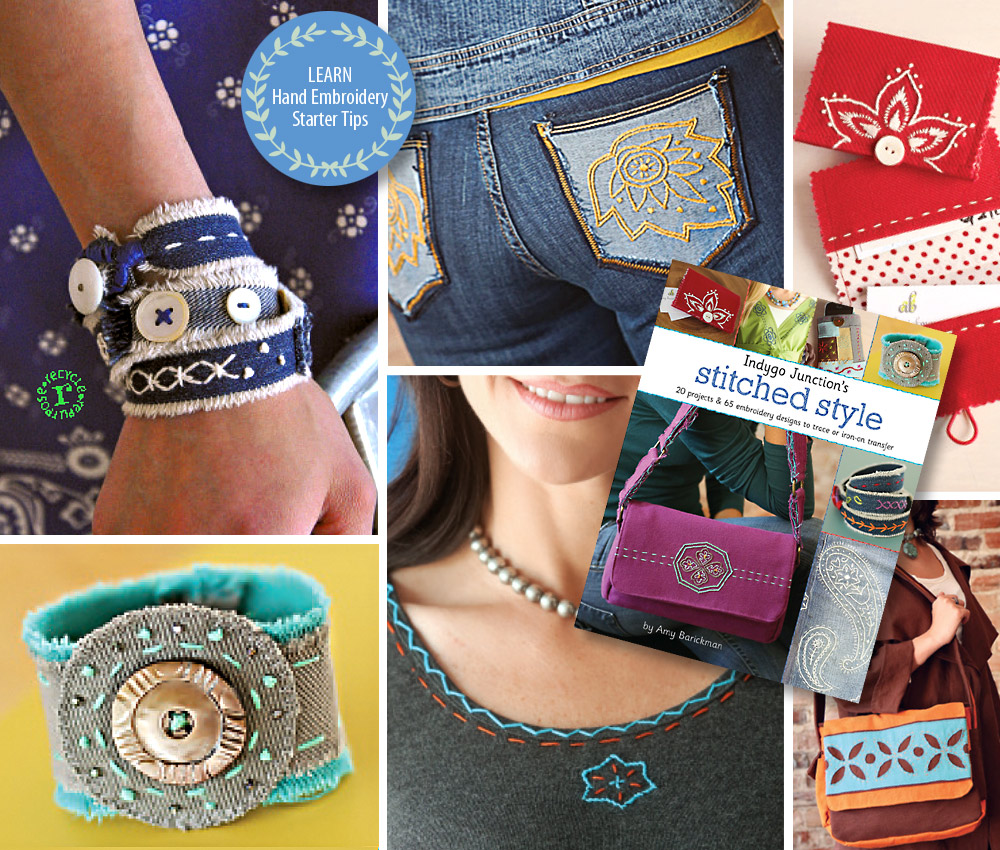